This year students from 4ºESO and 1ºBachillerato debated topics related to women’s issues in support and honor of International Women’s Day.  4ºESO is currently preparing to compete in a Public Speaking and Debate competition in the Comunidad de Madrid and their older classmates were willing to give them some practice.  Topics debated were: “Gender toys influence the role of children in the future.” and “Women lived better in the past.”  Hot button issues such as objectification in media as well gender stereotypes in career choice were debated with grace and understanding.  Well done La Senda! 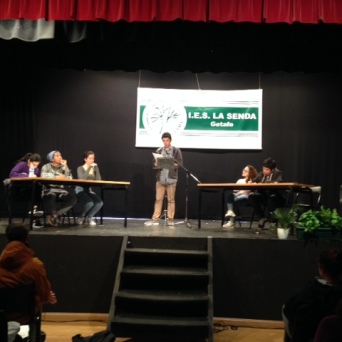